Hoping to shrink the odds for pancreatic cancer patient 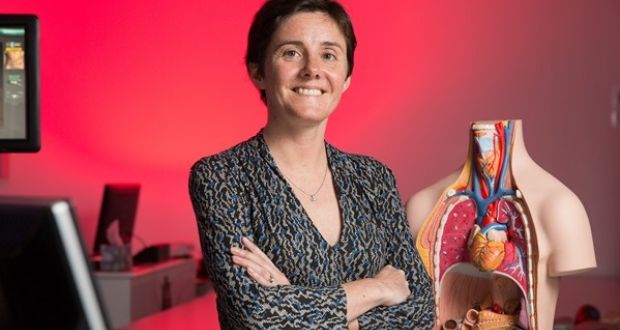 Helena Kelly of the Royal College of Surgeons in Ireland: “Advances in medical device technology and imaging mean the feasibility of delivering treatments to very specific regions of the anatomy has increased significantly providing much greater scope for the use of hydrogels.”

Hoping to shrink the odds for pancreatic cancer patient

Pancreatic cancer has the worst survival rate of any major cancer. It is typically aggressive and notoriously difficult to treat and the best chance for survival is surgery. However, not everyone with the disease is a suitable candidate for surgical intervention as pancreatic tumours can be large and can spread. Up to now the outlook for a patient with an inoperable tumour was bleak, but Helena Kelly of the Royal College of Surgeons in Ireland (RCSI) is hoping to tip the balance more favourably with a new approach to the treatment of the disease. “I am not claiming ‘a cure’, but I am hoping to improve outcomes by making it possible for more people to have the surgery.

She then spent eight years in the pharmaceutical industry across a range of areas including process development and scale up, clinical trial manufacture, regulation and project management.

She has worked in the RCSI’s School of Pharmacy for the last 10 years and her specific interests include tissue engineering, biomaterials, pharmaceutics and drug delivery all with a view to designing smart therapies for complex health problems. Advances “My Ph.D. was in the area of thermoresponsive hydrogels and when I returned to academia this was the area of research I continued to focus on,” she says. “Advances in medical device technology and imaging mean the feasibility of delivering treatments to very specific regions of the anatomy has increased significantly providing much greater scope for the use of hydrogels. ‘Most of my research is looking at using different types of hydrogels in a range of clinical settings such as cancer, diabetes and cardiac applications.

The ChemoGel project built on this research and with assistance from the Enterprise Ireland’s feasibility fund I was able to identify a lead clinical application. Then with a commercialisation grant, I was able to follow through with initial pre-clinical evaluation. The next step for Helena Kelly is to raise funding to begin clinical trials “Throughout the process, I have worked closely with Seona Rossi who has carried out much of the formulation development as part of her Ph.D. studies at the RCSI. The project has also received significant support from the RCSI office of research and innovation which is committed to driving breakthroughs in human healthcare and ensuring that the necessary infrastructure is in place to support researchers to do this.”