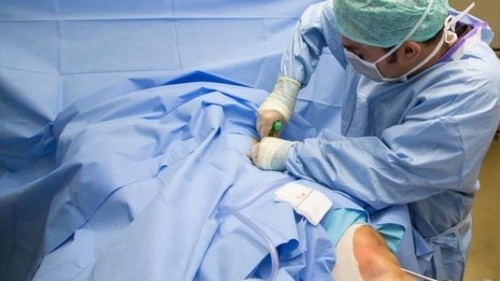 About 10,000 hip and knee replacements are undertaken in the Republic annually

A pioneering project aimed at developing 3D-printed biological implants to treat people affected by degenerative diseases such as osteoarthritis has begun in the Republic.

The project could potentially transform the treatment of orthopaedic conditions, and in particular osteoarthritis, a disease of the joints, caused by the breakdown of cartilage and bone tissue, usually in the hip and knee.

Osteoarthritis affects an estimated 500,000 people in the Republic with about 10,000 hip and knee replacements are undertaken in the State annually. Globally, the condition affects about 10 per cent of all senior citizens.

At present, treatment for osteoarthritis is limited to surgical replacement of the diseased joint with a metal or polymer prosthesis. Although such surgery is highly successful, patients often have to get replacement implants in later years.

Given that the number of hip replacement surgeries performed annually is predicted to double over the next 25 years, innovative new approaches to the treatment of degenerative diseases are urgently required.

The project aims to form part of the solution by developing a class of personalised 3D-printed biological implant that would regenerate, rather than replace, diseased joints. The intention is to create a hybrid medical device consisting of a titanium core overlaid by a layer of functional tissue, which could be used for hip and knee implants.

The five-year Transition project is being run by researchers at the Science Foundation Ireland-funded materials science research centre Amber in collaboration with DePuy Ireland and Johnson & Johnson.

Creating the hybrid device means addressing challenges in the 3D printing of metals, biodegradeable polymers, bioinks and cells, and then integrating the printing processes of these diverse material sets to develop hybrid metal-biological devices capable of restoring joint function.

However, Prof Danny Kelly, Amber’s lead principal investigator on the project, said the research would “change the production of metallic orthopaedic devices used in hip and knee arthroplasty, and has the potential to transform how we treat degenerative diseases”.

“Theoretically at least we can begin to print new tissues or organs to potentially treat diseases like arthritis so instead of replacing the joint with a piece of metal we could replace it with a piece of lab-grown bone or cartilage that could regenerate that joint,” said Prof Kelly.

Amber, which is located at Trinity College Dublin, earlier this year announced a €4.3 million 3D printing lab to produce three-dimensional objects without the need for complex moulds or extrusion.

The centre has invested in a suite of 3D printing technology that spans the full spectrum of materials from ceramics and metals to polymers and biomaterials. Researchers at the lab are using the machinery to try to discover new materials and printing methods that could be drivers for technologies such as the internet of things, wearable and flexible devices, and personalised healthcare products.