In 1983, the United States Congress passed the Orphan Drugs Act designed to encourage the development of drugs for rare orphan diseases. The EU followed suit in early 2000 as well as a number of other countries. These different legislations have enabled regulatory authorities to facilitate the process for companies working in orphan drug development. 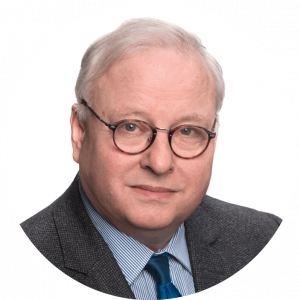 “A number of regulatory incentives have stimulated a growing investment in orphan drug development by the biotech and pharmaceutical industry,” says Dr. Terence Eagleton, Senior Medical Director at Medpace.

“Prior to the enactment of this legislation, relatively few companies were interested in orphan drug development. In fact, in the ten years before the Orphan Drugs Act was passed, only approximately ten products for rare diseases had been brought to market. Following the legislation, there has been a huge interest in the rare disease space, especially by small biotech companies but also larger biopharma companies. This has resulted in well over 600 orphan drugs approved to date.”

The benefits of orphan drug designation

For companies dedicated to working in orphan drug development, there are a number of benefits. “In the EU, for instance, orphan drug designation provides market exclusivity of ten years for the approved product, whilst in the US it’s seven years,” Eagleton explains.

Furthermore, attaining orphan drug designation means that companies are also granted protocol assistance by the regulatory authorities and potentially have access to different types of accelerated approval strategies. “Other benefits include reduced or wavered regulatory fees, and in the US, the opportunity for tax credits and subsidies for clinical trials in the rare disease space,” Eagleton adds.

These and other benefits have resulted in an increased interest in orphan drug development and have encouraged and incentivized companies to develop treatments for rare indications. “In 2016, 41% of products were approved for orphan designations. However, of the 59 products that have been approved by the FDA in 2018, 34 were drugs for orphan designations. That’s about 56%,” says Eagleton. “This trend confirms the growing interest by the industry to develop products for the estimated 7000 rare and ultra-rare indications.”

Many rare diseases have us in the dark

Companies working in the rare disease space face many challenges including the fact that about 50% of rare diseases occur in pediatric populations, which makes the use of placebo in trials very complicated.

The growing interest in rare and orphan diseases is not only linked to the authorities’ efforts to make the development of orphan drugs more attractive but can also be traced back to a better understanding of the genetic basis and pathophysiology of rare diseases.

Additionally, the revolution in bioengineering has contributed to the development of new therapeutic modalities, such as advanced therapies. However, for many rare diseases, researchers are still pretty much in the dark concerning their underlying pathology and natural history. Especially for companies taking their first tentative steps in the orphan drug development space, this is one of many challenges.

“Challenges include poor understanding of many fundamental aspects of the patient population, the rare disease itself, and a risk for companies new to orphan drug development,” Eagleton explains. “For example, the patient populations are often very small and at times very heterogeneous, ill-defined, and spread over large geographical distances. This makes the identification of patients for rare disease clinical trials very challenging.”

Understanding the natural history of a disease

“If the natural history of the disease is not understood, researchers are in the dark when it comes to the most relevant clinical endpoints to utilize when designing their clinical trial” – Terence Eagleton

When it comes to the rare disease itself, challenges range from the absence of an existing animal model for the targeted disease to a lack of fundamental knowledge concerning the epidemiology, pathophysiology or the natural history of the disease.

In some cases, these challenges are made worse by the lack of orphan drug development experience or skill set within the companies themselves. This, says Eagleton, can pose a significant risk to efficient drug development and in bringing new drugs to market.

Many of the challenges in orphan drug development can be overcome by working with stakeholders like advocacy groups, regulators, and CROs who are experts in the orphan disease space

Companies that are relatively new to the orphan drugs space are often confronted with the fact that orphan designation requires a completely different business model and skill set. For instance, the design of clinical trials varies considerably and increasingly requires an adaptive trial design. Companies also need to work with specialized centers and face logistical issues as well as ethical issues, the latter because about 50% of rare diseases occur in pediatric populations and the use of placebo in trials with children can be controversial.

“Small patient populations can be associated with a lack of appropriate statistical tools,” says Eagleton. “It’s worth noting that even though the regulatory authorities have been doing their best to incentivize the development of orphan drugs, they always stress that the high standards for the conduct of clinical trials and the quality of data should be the same as it is in non-orphan indications.” 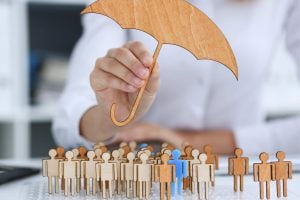 “Industry research has shown that the only positive indicator of future success in the orphan drug development space is a track record of past success,” Eagleton emphasizes. “This pertains not only to the sponsors themselves but also to their choice of CRO. A CRO that has already successfully completed a number of rare orphan disease projects is more likely to deliver success in future orphan disease studies.”

Medpace has a full-service business model that is ideally suited for the rare disease space, and the company’s medical, operational, and regulatory experts seek to accelerate orphan drug development. Eagleton explains that the needs of sponsor companies can vary. “Very often they want to understand ‘the landscape’ of a particular rare indication as part of putting together a recruitment strategy,” he says. “Here our expertise is particularly important because there is now so much interest in rare diseases that the competition for a limited number of patients in many rare indications has become quite fierce.”

By the year 2024, global orphan drug sales are estimated to reach $262B; nearly double of what was registered in 2018 with $138B. These numbers reflect the growing interest in orphan indications and the development of orphan drugs.

“I believe that we are living through a ‘golden era’ of drug development, especially in the rare disease space,” says Eagleton. “Our increasing knowledge of the genetic basis of rare diseases combined with emerging new therapeutic modalities represents an important stepping stone towards personalized medicine. I firmly believe that this is now a realistic hope for the future.”