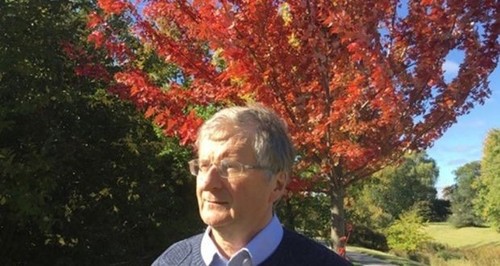 Prof Brian O’Dowd, who is based at the University of Toronto’s Department of Pharmacology & Toxicology, was awarded the prize – often referred to as the Nobel Prize of pharmaceutical research – with his colleague, Prof Susan R George.

He went on to study in London and the US. He has been based at the University of Toronto since 1989 and also works as a scientist at the Centre for Addiction and Mental Health in Toronto.

He has published some 200 scientific papers, mostly on GPCRs, which are deployed in more than one-third of currently marketed drugs.

“It is very gratifying to me to realise our drug discovery invention will be used to discover useful therapies. I lost my 23-year-old son Paul to cancer, and some of these new receptor proteins will prove essential for improved treatments,” he said after being awarded the prize.