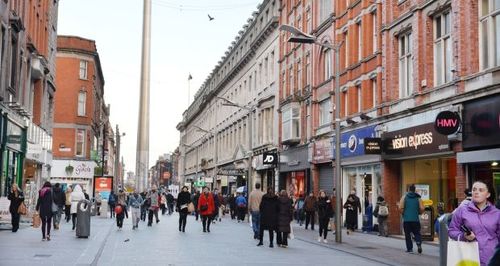 The CSO survey showed employment increased in nine of the 14 economic sectors over the year with the largest increase (+12.9 percent +13,000) recorded in the financial, insurance and real estate sector. Photograph: Alan Betson

Employment in the Irish economy has surpassed 2.3 million for the first time.

This is around 80,000 higher than the boom time high of 2.23 million recorded in the fourth quarter of 2007 and reflects the current strength of the economy.

However, the CSO cautioned that the State has a bigger population now and a larger workforce than in 2007 and that the employment rate – the proportion of adults with jobs – is still below the pre-crash level.

Nonetheless the figures, contained in the CSO’s latest Labour Force Survey, show that employment in the economy has risen for 29 consecutive quarters since 2013, the official low point of the crash.

The survey showed employment increased in nine of the 14 economic sectors over the year with largest increase (+12.9 percent +13,000) recorded in the financial, insurance and real estate sector.

The largest decrease was in agriculture, forestry and fishing, which fell by 5.2 percent or 5,500.

The headline rate of unemployment for the third quarter was put at 4.9 percent, equating to 128,000 people.