Coronavirus: Hundreds of medicine students fast-tracked into fight against Covid-19

about 4 hours ago Updated: about an hour ago 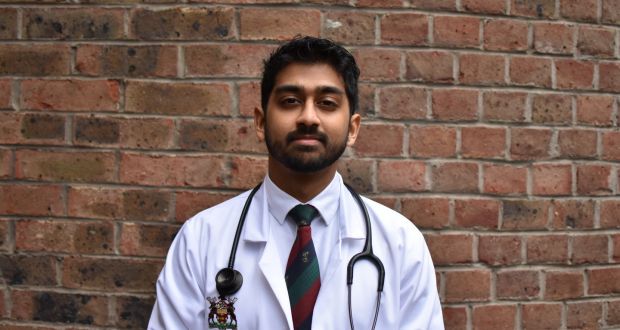 Earlier this month Anthony Javed Machikan was studying hard for his final year medical exams that take place in May.

Then the Royal College of Surgeons in Ireland (RCSI) announced it was fast-tracking the exams due to the coronavirus threat, cutting study time from seven weeks to just seven days.

“It was immense stress,” says Machikan. “It was a case of studying for 16-hours each day . . . thankfully, I passed it. In fact, the majority of us did.”

The RCSI and NUI Galway brought forward summer exams for hundreds of medical students to ensure they are ready to play a crucial role in the frontline of the fight against Covid-19.

In all, about 1,300 students will graduate from the country’s six university schools of medicine, many of who will be ready to work in the health service from as early as next month.

“People often talk about young people being snowflakes or self-centred,” says Prof Hannah McGee, Dean of the RCSI’s faculty of medicine and health sciences. “Yet, they have taken on early exams, with a risk of not getting the grades they wanted, and there has been no sense of ‘woe is us’.

“There’s is a general sense among them that what’s happening is bigger than any of us. They are committed to playing their part.”

At the RCSI, for example, students were given a chance to vote on whether to introduce earlier exams or stick with the original exam schedule; in the end, the vast majority opted for earlier exams.