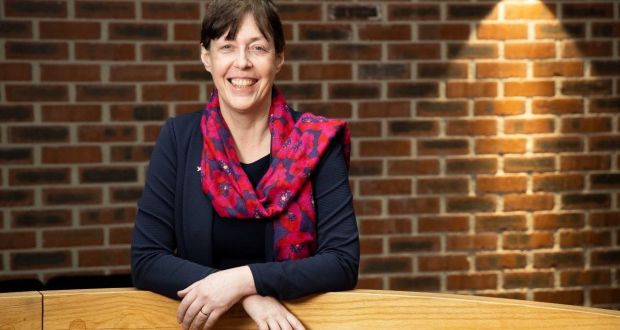 Dr Brigid Lucey of Cork Institute of Technology: ‘Ireland is now trying to source the same testing materials as the rest of the world and we need to be as self-sufficient as we can’

A team of Irish scientists has come together to develop a key component for Covid-19 tests which should facilitate Ireland’s laboratories continuing to test for the virus.

Dr Brigid Lucey of Cork Institute of Technology explained said she was aware laboratories in Ireland were having difficulty sourcing supplies of what is known as a lysis buffer to use in testing for coronavirus, also known as Covid-19.

“The lysis buffer is a critical reagent in testing for Covid-19 – you need it to get the virus out of the respiratory secretion samples and then to crack open the virus to go on and test the sample,” she explained.

“I’m currently President of the Academy of Clinical Science and Laboratory Medicine so I was aware that laboratories around the country were short of this component which was holding up the testing of samples.”

Irish officials have said people who have been tested for the virus can expect to wait between seven and 10 days for results, partly due to a global shortage of the reagents required to carry out the tests.

Dr Lucey made contact with virologist Dr Martina Scallan of University College Cork who enlisted the help of a colleague, Dr John MacSharry, and they spent the weekend working on possible formulations for a lysis buffer.

They, along with Prof Paul Cotter and Paula O’Connor of Teagasc, came up with four formulations and made up small samples of each which they then delivered to microbiologists Catherine Dempsey and Isabelle O’Callaghan to test on swab samples at Cork University Hospital laboratories.

“Catherine and Isabelle tested our four formulations to see which gave the highest quality extraction and they selected one and Martina and John then made up more of that formulation of buffer that gave the best result.

“It was important that the formulation they selected also gave the best result in terms of inactivating the virus because you need to be able to do that and make the samples safe for those who are testing them.

“We then enlisted the help of Dr Conor Horgan and Dr Humphrey Moynihan of [Cork-based pharmaceutical company] Eli Lilly who were able to help by making up 4.5l of the formulation which they were able to deliver to the labs at CUH.”

Dr Lucey said the initial 4.5l should enable labs carry out about 10,000 Covid-19 tests but more importantly the work of the entire team comprising 11 scientists, means Ireland can produce its own reagent.

“We spent this past weekend at our computers writing up a paper on the formulation of the buffer – our aim was to share our findings with other labs in Ireland and internationally if they wanted to use the same formulation.”

According to Dr Lucey, a key aspect of the work which also involved Dr Sarah Hudson and Dr Edel Durack of University of Limerick, was that it guarantees Ireland a supply of buffer.

“Prior to this, Ireland just imported lysis buffer which it was always able to get but with the global nature of this pandemic, suddenly demand has increased and you have countries like the United States looking for large quantities.

“Ireland is now trying to source the same testing materials as the rest of the world and we need to be as self-sufficient as we can,” she said.

Dr Lucey said the HSE was able to secure a large stock of the most rare of the five key components which go into the formulation for the buffer so Ireland should be able to produce its own stocks.

Paying tribute to all her colleagues who worked on the project and others behind the scenes for their generosity in securing stocks, Dr Lucey said the collaborative nature of the work was highly rewarding for all involved.

“Very often, scientists are in competition with each other bringing out papers and especially when looking for funding but this was a much more rewarding project in a sense and it was very satisfying to be involved in such a benevolent activity.

“We are happy to share what we found with other countries and it’s important our scientists retain their skills to make this kind of formulation because we may need to do this again in the future if we get other pandemics.”