Medtronic aiming to make 1,000 ventilators a week in Galway by June 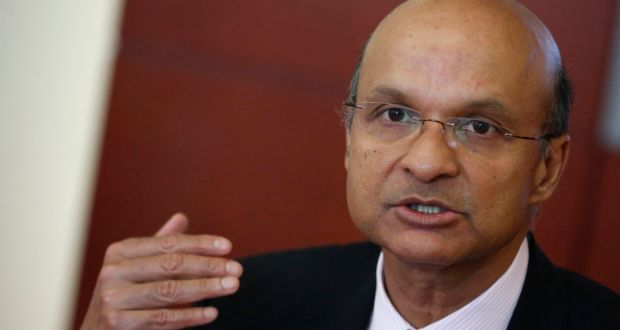 Share to FacebookShare to TwitterShare to Email AppShare to LinkedIn

Medical devices maker Medtronic is ramping up again the number of ventilators it is making in Galway to meet worldwide demand for the life-saving device in the coronavirus outbreak.

Medtronic chief executive Omar Ishrak said the company was continuing to increase ventilator manufacturing at the Mervue facility, from 400 ventilators at week at the end of this month, to 700 weekly at the end of May and more than 1,000 by the end of June.

“Our own factory in Ireland is going to ramp up to that pace within the next couple of months,” said the chief behind one of the world’s biggest manufacturers of ventilators.

The company is currently making about 300 ventilators a week, about double the number that it made in Galway before the start of this pandemic, Mr Ishrak said in an interview with the US business news channel CNBC.

The company had previously said, less than two weeks ago, that it was hoping to make 500 ventilators a week, up from 225 at the time, in response to the surge in demand for the devices.

The multinational has been adding staff and working shifts to the Galway facility in response to the crisis turning the factory into an operation running 24 hours a day, seven days a week.

Medtronic has become a critical manufacturer in the battle to save people during the pandemic as ventilators keep the worst-infected Covid-19 patients breathing on the artificial respirator, buying them potentially vital time to allow their bodies fight the disease.

Mr Ishrak said that the company was shipping ventilators to the places where they were needed most based on clinical need. It has set a fixed price for all purchasers of the device, he added.

Since sharing its design for one of its ventilators for free, there have been more than 70,000 downloads of the specifications, he said, and the company has joined forces with carmaker Tesla and technology company Foxconn to manufacture components or the ventilators themselves.