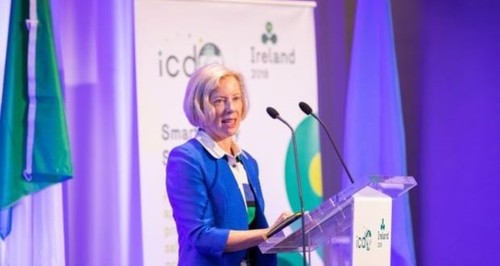 Emer Cooke has been named executive director of the European Medicines Agency (EMA), becoming the first woman to lead the powerful regulatory body. The appointment comes at a crucial time for the agency, as it may take up an increasing role in securing supplies of medicines and streamlining research into new drugs as the European Union bids for increased powers in health to avoid pharmaceutical shortages and improve its future pandemic response.

“Emer has proven herself to be a leader in her field and we are delighted she has been nominated to take up this role at such an important time for healthcare and the EMA in light of the Covid-19 pandemic,” Minister for Health Simon Harris said following the appointment. Ms Cooke’s appointment comes at a time when a number of Irish figures hold or are in the running for top positions in major global bodies.

The World Health Organisation’s (WHO) response to the coronavirus pandemic has been led by Dr Mike Ryan, Minister for Finance Paschal Donohoe this week put his name forward for the presidency of the powerful Eurogroup, while Ireland’s European Commissioner Phil Hogan has floated himself as a candidate to take over the leadership of the World Trade Organisation. Ms Cooke moves to the EMA from a role as director of the WHO’s regulation and prequalification department, which she held since 2016, and will take over from after the term of current executive director Guido Rasi ends on November 15th. She was nominated for the post by the EMA’s management board, and will formally be appointed after giving a statement to the European Parliament’s Committee on Environment, Public Health and Food Safety on July 13th. Ms Cooke began her career in the pharmaceutical industry in Ireland and holds a degree in pharmacy and masters degrees in science and business administration from Trinity College Dublin.

She has previously worked in the the European Commission’s pharmaceutical unit and in different roles at the EMA between 2002 and 2016 before moving to the WHO. The medicines body was one of the two major EU agencies that moved out of London due to Brexit along with the European Banking Authority. A bid by the Irish government to bring the agency to Dublin ultimately lost out to Amsterdam in the Netherlands.