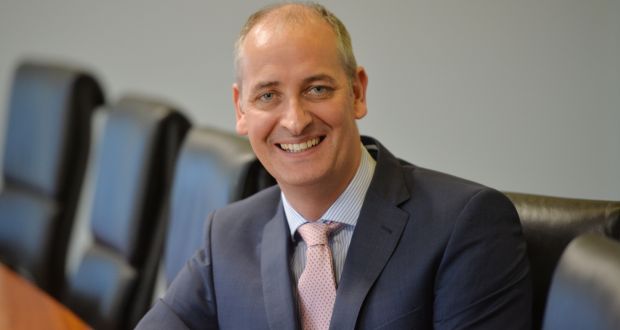 Paul Reid of Pfizer: “In the Brexit and Covid-19 environment, it is more important than ever for the industry to collaborate across Government so that Ireland can deal with the serious risks.” Photograph: Alan Betson

Pfizer’s Paul Reid has taken over as head of the pharma industry’s lobby group as it prepares for crunch talks with the Government over a new medicines pricing agreement.

“Our industry has been focused on securing the supply of medicines for Irish patients, keeping manufacturing sites going, and searching for vaccines and treatments for Covid-19,” said Mr Reid, president of the Irish Pharmaceutical Healthcare Association (Ipha).

He said the industry’s work on Covid-19 and on Brexit, as well as the recent six-month extension to the current pricing agreement, demonstrated that the industry’s commitment to partnership with the Government works.

In July, the industry body agreed the extension to the medicines agreement signed just over four years ago. The extension allows for negotiations on a new agreement to begin before the end of November.

“Among my first tasks as Ipha president will be to lead negotiations on a new industry-State agreement that delivers faster access for patients to the new innovative therapies our companies are bringing forward,” Mr Reid said.

He said any new agreement should be “based on the principle of joint funding, with industry and the State agreeing between them to cover the cost of new medicines”.

And he called on the Government to take the first step by allocating funding for new medicines in the October budget.

Beyond pricing and access for new medicines, Mr Reid said the main challenges were clearly Covid-19 and Brexit.

“In the Brexit and Covid-19 environment, it is more important than ever for the industry to collaborate across Government so that Ireland can deal with the serious risks posed by both events and, at the same time, realise the opportunity of medicines innovation.

Biogen’s Michael O’Connell has been confirmed as vice-president. The appointments were confirmed by the Ipha board on Thursday.