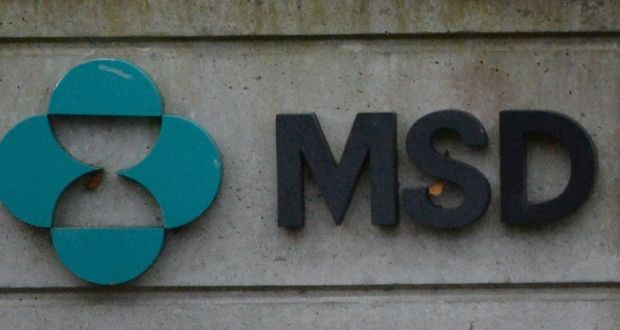 US drug giant MSD has announced plans to create 240 jobs as it extends a biologics plant it acquired in Dunboyne, Co Meath earlier this year. Photograph: Brenda Fitzsimons

US drug giant MSD has announced plans to create 240 jobs as it builds a new research facility next to a biologics medicines plant it acquired in Dunboyne, Co Meath earlier this year.

The company said the investment would deliver “a unique approach to manufacturing” of medicines in Ireland.

It is the latest in a series of significant investments in Ireland by MSD, one of the world’s largest pharmaceutical companies known in the United States as Merck. The group is also developing a biologics plant in Swords, Co Dublin for the manufacture of its cancer blockbuster, Keytruda.

MSD agreed to buy the former Takeda plant in Dunboyne in August. The Japanese drug company had announced its intention to offload the plant in January.

It had been the last major investment made by rival pharma company Shire before it was acquired by Takeda for €56 billion in 2019. The company had invested €375 million in the operation on a 120-acre site outside the town.

Mairéad McCaul, the recently appointed managing director of MSD Ireland (Human Health) and the company’s country lead in Ireland, said Dunboyne would focus on providing drugs for clinical trials and early phase development. It is understood to be the US drug giant’s first such plant worldwide.

With the capacity available on site, and its focus on early-stage development, it made “absolute sense” to put the new research unit there.

Two hundred staff employed on the site moved to MSD as part of the Takeda deal. Thursday’s announcement means staff numbers at the existing manufacturing site will rise to 300 by the end of 2021.

The new plant, which will be built alongside the existing manufacturing facility, is expected to be ready for use by the end of 2023 and MSD expects to employ 140 people there by 2025, it said.

The decision to construct a new research centre next to the state-of-the-art manufacturing facility will be seen as an important win for MSD Ireland and for the pharma sector in Ireland generally.

The company said locating the new research centre beside the existing factory would improve collaboration between MSD’s research and manufacturing teams.

“This is an exciting new direction for MSD,” Sanat Chattopadhyay, president of MSD’s manufacturing division, said, adding that it would “accelerate the commercialisation process, reduce lead times significantly and build the ideal environment for developing new technologies and talent”.

Tánaiste and Minister for Enterprise Leo Varadkar welcomed the announcement, calling it an “important investment”.

IDA chief executive Martin Shanahan said the expansion positioned the Dunboyne campus to become “an integral part of the company’s global operations as it prepares to meet increasing global demand for its products”.

MSD has extensive operations in Ireland across six sites in Dublin, Cork, Carlow, Tipperary and Meath .The company employs 2,700 people in the State.