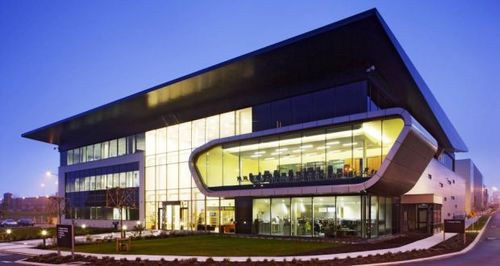 Abbott’s facility in Clonmel. The new investment is a huge reward for the Tipperary site

Healthcare giant Abbott, which employs more than 4,000 people in the Republic, has announced a new €37.8 million investment at its Clonmel facility.

The company is to embark on a new research and development programme focused on cardiovascular devices. It will focus on the discovery, innovation and development of a number of projects, including next generation of stents, as well as coronary and endovascular balloon technologies.

The new investment comes as a huge reward for the Clonmel site, which conducts both R&D and manufacturing of vascular technologies to treat complex heart disease. The Irish R&D team based there previously spent three years developing Abbott’s XIENCE Sierra, a stent which is manufactured at the facility and used with patients globally.

“Our market leading XIENCE stents were developed in Clonmel and today’s announcement places us at the vanguard of Abbott’s global research efforts in cardiovascular treatments,” said Deirdre Mullins, site director.

“We are very proud that the life changing technologies we design and manufacture in Clonmel are saving lives in Ireland and across the world,” she added.

The new investment, which is supported by the Government through IDA Ireland comes as the healthcare company marks 75 years in the Republic. It employs over 4,000 people across nine sites and over 100,000 globally.

The company, which first established operations here in 1946, has six manufacturing facilities located in Clonmel, Cootehill, Donegal, Longford and Sligo, with the latter also hosting a third-party manufacturing management operation. Abbott also has commercial, support operations and shared services in Dublin and Galway.

“Today’s announcement reflects Abbott’s ongoing commitment to Ireland. It is also a tribute to the management and staff of Abbott’s vascular division in Clonmel, who have played a pivotal role in the global success of Abbott’s XIENCE Sierra stent. I congratulate the Irish and global teams on this investment,” said Tánaiste and Minister for Enterprise, Trade and Employment, Leo Varadkar.