Previous winners of the overall award include Fenergo, LearnUpon and Keywords 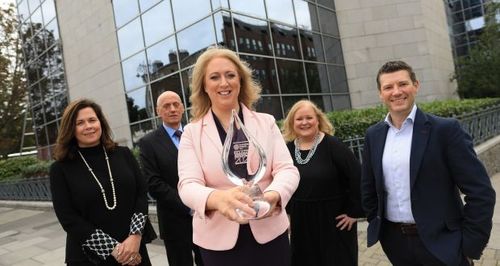 Ibec-affiliated Technology Ireland has announced the launch of its annual industry awards with a new corporate social responsibility category.

The awards, now in their 29th year, seek to highlight successful entrepreneurship and the diversity of the Irish technology sector.

This year the awards will take place on November 25th and will be streamed online.

Among the ten categories this year are awards for women in technology, outstanding achievement in international growth, tech innovation of the year, tech 4 good initiatives and company of the year.

Last year’s overall winner was Fenergo, which recently became the State’s latest tech unicorn after reaching a valuation of more than $1 billion after it sold a majority stake in the business to Astorg and Bridgepoint. Other previous winners include Keywords Studios, the Dublin-headquartered but London-listed company that provides a raft of services to the video games industry, and elearning company LearnUpon

Irish software and digital technology companies are urged to submit entries for the awards by October 1st. Entry is free.

“The ongoing pandemic made 2021 another difficult year. Yet, uniquely amongst EU countries, Ireland’s economy continued to grow. Much of this success was due to the resilience and innovation of our technology sector,” said Technology Ireland Director Una Fitzpatrick.
“We are delighted to celebrate that success through these awards and highlight the technology sector as the engine driving Ireland’s economic and social post pandemic recovery,” she added.

Previous winners of the overall award include Fenergo, LearnUpon and Keywords