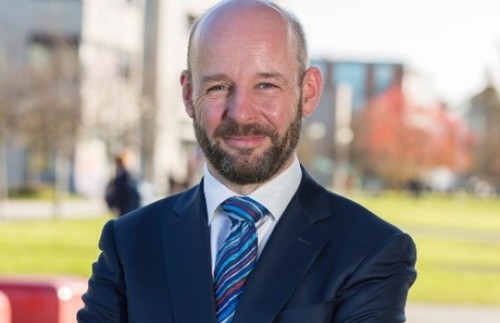 The Board of Science Foundation Ireland (SFI), the state agency responsible for investment in research in the areas of science, technology, engineering, and mathematics, has announced the appointment of its new Director General-designate (Chief Executive Officer) Professor Philip Nolan. Professor Nolan will take up the appointment in mid-January 2022.

Philip Nolan has a strong track record of delivering in a number of senior leadership roles in higher education and research and is a trusted advisor to government. Professor Nolan recently completed his term as President of Maynooth University, now the fastest growing and most diverse university in Ireland. During his 10-year term as President, he instigated major campus developments, including a university-wide investment in research capacity, Maynooth University’s largest capital project, a €57 million ‘Technology Society and Innovation Project’, the development of a 20-year campus master plan, and the opening of the International College of Engineering at Fuzhou University in China. At the onset of the Covid-19 pandemic, Professor Nolan was asked by government to chair the National Public Health Emergency Team’s (NPHET) Irish Epidemiological Modelling Advisory Group which has played a critical role in controlling the spread of Covid-19 in Ireland.

Professor Peter Clinch, Chairman of SFI, said: “On behalf of the Board, I am delighted to welcome Philip, as Director-General designate, to SFI. A distinguished researcher in his own right, Philip has a proven record of achievement as a leader in research and innovation as Director of the UCD Conway Institute for Biomolecular and Biomedical Research, Deputy President of, University College Dublin, Ireland’s largest university, and as President of Maynooth University, Ireland’s fastest growing and most diverse university. Over the past two decades SFI has played a central role in building a strong, sustainable, economy and society, through supporting the development of a world class research and innovation system. Philip’s role will be to build on this success to position Ireland as a Global Innovation Leader for the advancement of Ireland’s economy and society. I wish him every success as Director General of SFI and look forward to working with him.”

Professor Philip Nolan, said: “It is a privilege to be appointed Director-General of SFI. SFI has led the transformation of Ireland’s research landscape, sponsoring outstanding research with global impact. The opportunity now is to build on this success, focusing on excellence in research and its translation into tangible benefits for our economy and society, to secure our position as a global innovation leader in science and engineering, and to ensure Ireland plays its part in addressing the complex challenges that face our society. The insights of research, and the energy of innovation, can help us shape a future that is healthier, more equal and inclusive, and sustainable. I look forward to working with the Board, colleagues in SFI and other research and enterprise agencies, and our research, higher education, enterprise, public sector and civil society partners towards this ambitious goal.”

The Chairman of SFI, Peter Clinch, also paid tribute to the contribution of outgoing Director General, Professor Mark Ferguson. “Over his 10-year term, Mark has led SFI out of the economic crisis and to great heights. He has been a strong advocate for the importance of investment in science as a key building block of Ireland’s economy and its importance for addressing major societal challenges such as Covid-19 and climate change. His commitment to excellence, combined with his innovative approach to funding programmes, has greatly advanced SFI’s and Ireland’s international reputation in research and the funding of science. Mark will complete his second term as Director General in mid-January 2022 and the Board and I wish him every success in his future endeavours.”