Posted on 10 months ago by Laurentina Kennedy

Remote working: Bill will require employers to have written policy on working from home 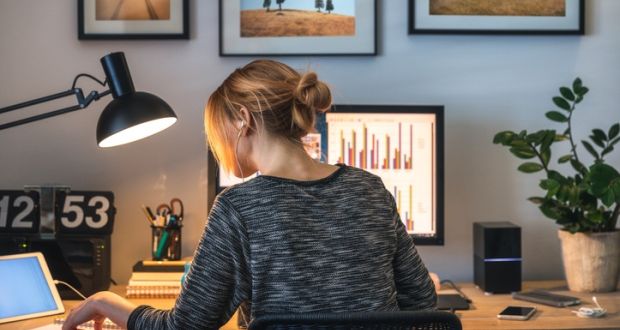 The new Bill will set out a framework whereby an employer can either approve or reject a request to work remotely from an employee. Photograph: iStock

Employers will have to publish a written policy on the right for employees to work remotely, according to proposed new legislation to be discussed by Ministers on Tuesday.

The general scheme of a Bill to provide for remote working will be brought to the Cabinet on Tuesday by Tánaiste and Minister for Enterprise, Trade and Employment Leo Varadkar.

It will set out a framework whereby an employer can either approve or reject a request to work remotely from an employee.

If the employee is unhappy with this decision they can appeal to the Workplace Relations Commission (WRC) which can make a binding adjudication, or impose fines in certain circumstances.

The WRC will also provide protections for employees against being penalised for remote working.

“It’s a big priority for the Tánaiste. It is one of his five workers’ rights that he is going to bring in over the coming months,” a Government source said.

Separately, officials from the Department of Enterprise, Trade and Employment have met trade unions and employer representatives to discuss an updated work safety protocol to govern the reopening of many workplaces.

This will outline how employers should keep their staff safe now that the emergency is over and vast majority of Covid-19 restrictions lifted.

Labour Party employment spokesperson Senator Marie Sherlock on Monday criticised the Government’s failure to publish legislation in a timely fashion before the return to work.

Senator Sherlock said the Government has known since August 2019, before the pandemic, that it has to transpose into law an EU directive giving employees to right to request remote working.

She suggested the pandemic was a “lost opportunity” to bring forward timely legislation.

Ms Sherlock added that she was “inundated” from both private and public sector employees over the weekend who have been told to return to the office. Many have small children and are struggling to fill the gaps.

“Non-negotiable orders from some bosses for workers to return to the office on a full-time basis will impose enormous anxiety on those who previously had to undertake long commutes, those who were able work flexible hours to reflect other responsibilities during the pandemic and those who currently have underlying health conditions,” she said.

“Any rushed return to work plan may also open-up a very real prospect of workers suffering various forms of discrimination if they are unable to return to the office on a full-time basis in the immediate future and that cannot be tolerated.”

Síobhra Rush, head of legal firm Lewis Silkin in Dublin and an expert in employment law, said strictly speaking there is a gap in terms of legislation governing the area of remote working.

“But the Tánaiste has been very clear that the return to work is gradual and there needs to be consultation with employees,” she explained.

“I would be very slow, if I was an employer, to issue a blanket ‘come back to work’ request today. They need to follow the back to work protocol which have not been updated and there is still guidance about wearing masks and social distancing.”

She advised employers to “take a step back” and open a dialogue with staff “or else they will lose people”.

Ms Rush said many multinationals were telling their employees that they are not expected back in the office until March or April at the earliest.

She said employers had a duty to “act reasonably” even if they have a legal entitlement to request that employees return to the office.

The Fórsa trade union, which mainly represents public service workers, said it has received assurances from Government departments that they will consult with unions and employees before any changes to the official guidance.

Meanwhile, Dublin Bus has confirmed that its Nitelink services will resume later this week. The late-night buses will restart on Friday, January 28th, after being suspended in December.