Posted on 5 months ago by Laurentina Kennedy 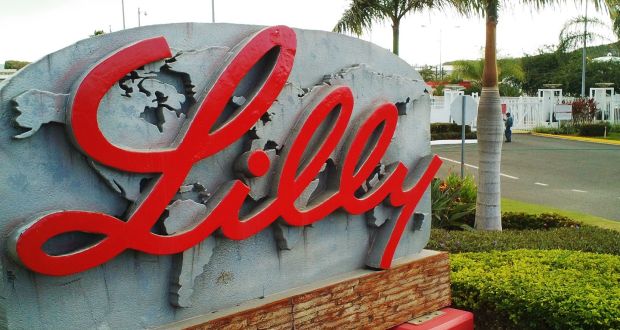 Eli Lilly is in talks about planning for an IDA Ireland site it is acquiring in Raheen Business Park. Photograph: Simone Baribeau/Bloomberg

US drug giant Eli Lilly has announced plans to invest €400 million in a major new manufacturing plant in Limerick that will employ 300 people when it comes into operation.

The company is in talks about planning for an IDA Ireland site it is acquiring in Raheen Business Park. It hopes to start construction later this year with a targeted date of late 2025/early 2026 to start operations. Lilly’s head of manufacturing Edgardo Hernandez said it would begin hiring immediately.

Asked about issues with planning, and security of power and water supplies that had been cited as concerns following the decision of US tech giant Intel to site a plant in Germany ahead of Ireland, Mr Hernandez said the company had done a global assessment of locations before settling on Limerick.

Eli Lilly already has a significant presence in Ireland with a manufacturing plant in Kinsale, Co Cork, where it has had an operation for 40 years, and a commercial centre in Little Island, also in Cork. Between them, these sites employ more than 2,300 people.

Mr Hernandez said the company would continue to invest in the Kinsale site alongside the new Limerick operation. The company also has contract manufacturing operations in the State.

“This new Lilly campus in Limerick will allow us to expand our capacity to make innovative new medicines that can help treat some of the world’s most serious illnesses,” said Mr Hernandez.

Eli Lilly is currently developing a treatment for Alzheimer’s for which it has great expectations. The company has fully enrolled a phase III trial for the drug, donanemab, to assess its effectiveness in preventing progression of the disease.

Results of that trial will be available next year and will feed into ongoing negotiations the company is having with US regulators on approval for the medicine, Anne White, senior vice-president and president of its neuroscience division, said. She said Limerick was likely to be involved in manufacture of the company’s neuroscience portfolio.

“Lilly has been investing in Alzheimer’s for over three decades and we have our first medicine that has a read-out with a positive study just last year and we are currently under the submission process with the FDA,” she said. “And this is one of the medicines we think has significant potential, and we have a number behind it.”

IDA chief executive Martin Shanahan said the investment was “very welcome news for the midwest region and indeed Ireland”. He said the decision demonstrated the confidence Lilly had in Ireland “and the region’s strong talent pool”.

Mr Hernandez acknowledged that financial incentives from IDA Ireland and the certainty of the tax regime following recent global reform were important elements in the decision to site the new plant in Ireland, “but the driver in going to Ireland is the talent and the wonderful people we have had there. Our experience in Kinsale has been phenomenal.

“Making medicine is a complex process . . . and that’s our main incentive in continuing to invest in Ireland.”