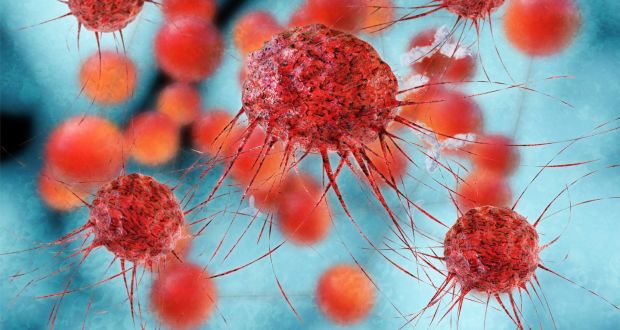 Irish scientists have identified why there is a high relapse rate after chemotherapy in women who have the most aggressive form of breast cancer.
The breakthrough has enabled the researchers at NUI Galway to develop a drug with potential for clinical use, which not only improves the effectiveness of the initial chemotherapy treatment but also reduces relapse among women with this form
of cancer.
Up to now, triple negative breast cancer (TNBC) is one of the most aggressive and difficult to treat. It accounts for around15 percent of all breast cancers diagnosed and occurs more frequently in younger women.
Scientists, led by Prof Afshin Samali, director of the Apoptosis Research Centre at NUIG, identified an impairment of the “normal stress response” of healthy cells as the critical factor.
They found that targeting a “stress response pathway”, known as IRE 1, may improve the response to chemotherapy and reduce relapse for patients with TNBC. Their findings were published on Wednesday in the journal Nature Communications.
“Unlike other forms of breast cancer, there are no targeted therapies available for triple negative breast cancer,” Prof Samali explained. Currently, chemotherapy is the mainstay treatment, and although initially successful, a large percentage of TNBC
patients relapse within one to three years of treatment and have a poor long-term prognosis.

The “molecular basis” (exact mechanism) of tumour relapse post-chemotherapy remained unknown until now, he said. The research team has “shown for the first time that IRE1, which is a cellular stress sensor that normally acts to alleviate short-term
stresses within cells – such as lack of nutrients or oxygen – is a central driver of treatment-related relapse”.
The team discovered that chemotherapy can activate “the IRE1 stress response” in TNBC cases, leading to the production of “survival signals” that are pumped out of the cell to support the growth of new cancer cells.

Most importantly, the study showed this process can be halted by specifically inhibiting IRE1 using “a clinically-relevant, small molecule drug called MCK8866” that not only improves the effectiveness of the initial chemotherapy treatment, but
also reduces relapse of this aggressive form of breast cancer.
Using TNBC cells treated with chemotherapy, the research team found that blocking IRE1 activity reduced the production of survival signals, and in turn reduced the growth of new cancer cells by 50 percent.
Furthermore, in laboratory-based experiments, described as “a pre-clinical model of TNBC”, the drug increased the effectiveness of chemotherapy treatment, leading to regression of eight out of 10 cancers compared to regression of just
three out of 10 cancers using chemotherapy alone.
“The combination of the MCK8866 drug with chemotherapy also reduced tumour relapse in this pre-clinical model of triple negative breast cancer,” he confirmed.
In addition, an analysis of 595 patient samples revealed TNBC tumours “displayed the highest IRE1 activity compared to other subtypes”, suggesting IRE1 may be of particular importance in TNBC. Combining chemotherapy with IRE1 inhibitors
could offer substantial benefits for TNBC patients, they concluded.
Prof Samali added: “This study is the result of extensive laboratory experiments, analysis of breast cancer patient samples, testing pre-clinical models of triple negative breast cancer and collaboration with our international and industry partners.”

Precision oncology
The new era of precision oncology is aimed at tailoring treatments to individual cancer patients, he added. “We are delighted to lead the way in identifying a new therapeutic strategy for TNBC patients who are most in need of better treatment
“Furthermore, this strategy may benefit many other cancer patients whose cancer cells rely on activated cell stress responses to survive.”
These pre-clinical trials will pave the way for the rapid clinical development of MKC8866. A number of companies work on IRE1 inhibitors and the NUIG scientists anticipate such inhibitors will be tested in human clinic trials in two to three years.
Dr. Susan Logue, a first author of the study, said: “This work has uncovered a previously unknown role for IRE1 and suggests that it may represent a good therapeutic target for the treatment of triple negative breast cancer.
“While further research is needed, this work is a great example of how curiosity-driven basic research can lead to translational outcomes with real potential to impact on patient treatment.”

The study was funded by Science Foundation Ireland; the Irish Cancer Society and Horizon 2020 – with initial funding from Breast Cancer Now.