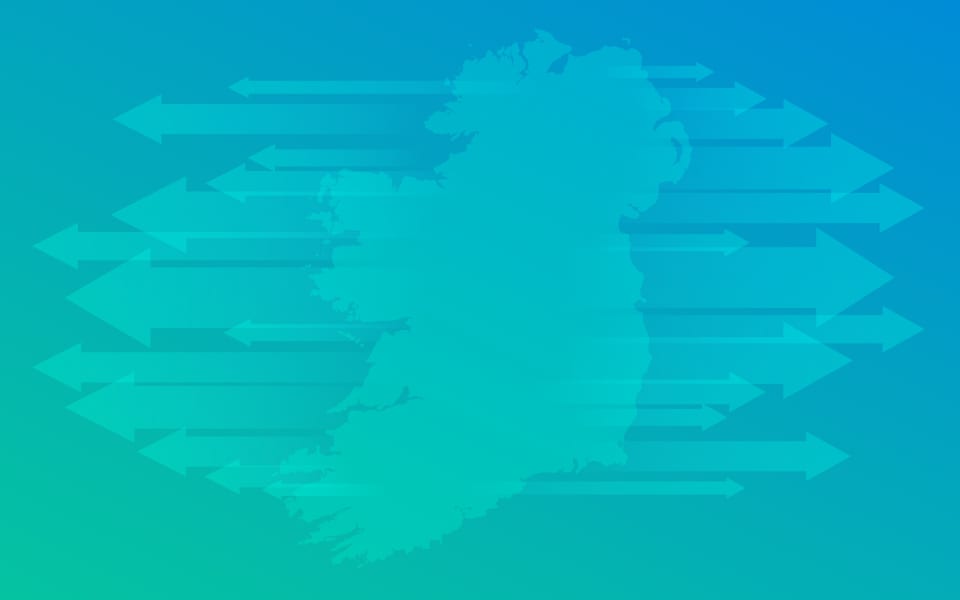 Competing for the Future News:Enterprise Ireland

Developing foreign markets can be daunting even for companies that are highly successful in their home market, the audience heard at Competing for the Future, a panel discussion organised as part of Enterprise Ireland’s International Markets Week programme.

“When you go abroad to foreign markets you are starting at ground zero, which is not an easy place to be,” said Harry Hughes, CEO of Mayo-based safety clothing and equipment company Portwest.  “It just takes time and you have to stay with it.”

Hughes has helped grow what was once a small family business with a turnover of €100,000 in 1978 into a €205 million a year business employing 3,000 staff. The UK was Portwest’s first export market and remains an important one, accounting for 40% of its sales, he said. However, by taking on new markets one at a time, the company now sells into 120 countries worldwide.

He was joined onstage by Vivian Farrell, CEO of Shannon-based Modular Automation, a 32 year-old company that delivers advanced technological solutions to customers such as Johnson & Johnson, Boston Scientific, Stryker, and Medtronic.

Working with their manufacturing sites in Ireland provided Modular Automation with an entry point into the US market, which has transformed the business over the past five years, enabling it to double staff numbers to 150, Farrell said.

The now 45 year-old company began developing export markets in earnest during the last recession. Today, while PM Group remains headquartered in Ireland, it has 17 offices around the world.

Complacency can make companies fail to fulfill their export potential, delegates heard. “We were probably very slow learners in the beginning, in that we were 25 years selling in Britain and had reached maturity in that market before, 15 years ago, we started looking into Europe,” said Hughes.

Portwest has taken a “one step at a time” approach to new markets since then, starting with the Netherlands, and then France. “There are only two ways to get sales, you can either buy them by purchasing a company in the market, or you can go out and build them yourself,” he said. Either way, it costs money.

Modular Automation was able to leverage its multinational clients here and follow them overseas. International markets are now “hugely important in terms of reaching our ambitions for growth,” said Farrell.

“We’re investing heavily in R&D and innovation in Ireland and we see that as a catalyst for growth, in particular in the US.”

Three years ago, the company opened an office in Florida, both to service the sister sites of clients in Ireland and as a base to develop new customers. “That is our strategy for growth and it is working for us. But it’s only achievable if we do a good job for multinationals in Ireland, and critical to that is R&D and innovation.”

In 2007, PM group was faced with a diminishing home market. At the time, it had offices in Ireland, the UK, Russia and Poland, but the majority of its work was based in Ireland.

“In order to diversify, we had to look out, and mainland Europe was a very accessible market,” said Brophy. “We focused initially on Belgium, which was a massive market for many of our customers.”

Target opportunities in the Eurozone

Irish companies should view the eurozone as “a continuation of the domestic market,” said fellow panelist Julie Sinnamon, CEO of Enterprise Ireland. Doing so may require a “mindset shift” but having role model companies such as Portwest, Modular Automation and PM Group helps encourage other companies, she said.

That includes steps companies are taking in response to Brexit, such as Portwest’s decision to acquire 140,000 sq ft of warehousing in Poland, reducing its warehousing space in Britain. Regardless of the ultimate outcome of Brexit, such a move makes good business sense, said Hughes.

PM Group has also taken action to mitigate the risk of Brexit. It has responded by growing its footprint in the UK, acquiring a company there and adding two new offices, in Manchester and Edinburgh – “because no matter what, the UK is a big country and you need to have a regional presence,” he said.

It has also diversified into more sectors, including chemical and petrochemical, which the recent acquisition will help it to service. “So we have widened what we can do,” he said.

Act now in response to Brexit

Over the past year, companies have moved into action mode in response to Brexit, said Sinnamon. “Companies are beginning to invest in innovation and competitiveness to look at new markets. We are seeing a big increase in the level of demand for participation in trade missions and market study visits,” she said.

Mistakes will happen. In Portwest’s case, a key hire made in Ireland and relocated to Europe turned out not to be the right solution. “Now we employ French people in France, Germans in Germany, and so on. The boots on the ground need to be local,” said Hughes.

Innovation is key. “You really have to find a way to differentiate yourself from the competition. You can’t go in there and say ‘We’re here, isn’t that good enough?’,” said Brophy.

Julie Sinnamon agreed. “You are not going to conquer the world with me-too products. You have to have something that differentiates you,” she said, pointing to Enterprise Ireland’s Market Discovery Fund as a way of helping with costs, and its Agile Innovation Fund as a fast-track way of getting R&D support to ensure a product is fit for purpose in a new market.

Above all, see the eurozone as a local market, delegates at International Markets Week were told. “We have the same currency and the same laws and there are no borders,” said Hughes. “You need to see it as a local market and get out there and invest.”