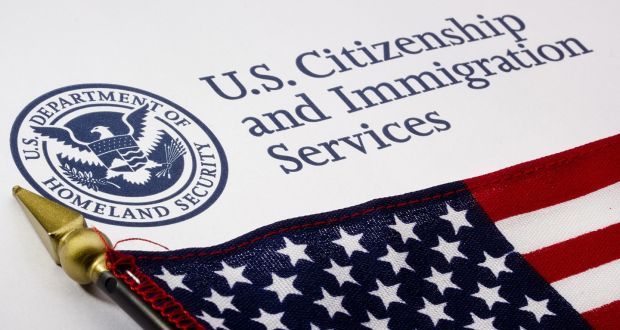 The Bill only applies to future flows of Irish people rather than undocumented Irish living in the United States.

The US House of Representatives has voted to extend the E3 visa scheme to Irish citizens during a debate in Congress on Wednesday evening.

Though the Bill must still get Senate approval, its passage through the House marks a major breakthrough in Ireland’s efforts to secure new visa access for Irish citizens who want to live and work in the United States.

Up to 5,000 visas per year could become available under the scheme which is currently only open to Australian citizens.

Speaking in the House on Wednesday evening during the debate, Congressman Richard Neal who co-sponsored the bill with Republican congressman Jim Sensenbrenner, described how more than a million people moved to America from Ireland after the famine. “America to its everlasting credit the land of the great, home of the brave, welcomed them.”

He said that the United States’ relationship with Ireland remains “one of the great relationships in terms of allies that we have in the history of America.”

Mr Sensenbrenner said the proposal would be a significant addition to the US immigration system, noting that it would also ease restrictions on Americans who want to live in Ireland without raising the cap on numbers already extended under the E3 visa scheme.

“The United States was built on hard work and the perseverance of immigrants, many who came from Ireland,” he said.

While the Bill only needed a two-thirds majority to pass in the lower chamber, the Senate requires unanimous consent in order to progress the Bill - a significant hurdle.

The E3 is a two-year renewable visa which allows Australian citizens and their spouses to live and work in the US. Australia negotiated the visa programme in 2005 as part of the US-Australia trade agreement.

The Government’s special envoy to the US Congress John Deasy and the Irish embassy in Washington have been advancing talks with senior figures on Capitol Hill and within the Trump administration about expanding access to the coveted visa scheme to include Irish people.Concerns from Australia about the impact of the deal on their own access to the visas threatened to scupper the deal in recent weeks. However, it is understood that the Australian embassy in Washington is now on board. Among the assurances they have received is that Irish citizens will only be able to apply for visas not taken up in the first instance by Australia.

As many as 10,500 E3 visas are made available to Australian nationals each year under the 2005 deal between the US and Australia but only half of these are taken up each year.

Among the key provisions of the E3 visa is that applicants must have a job in the US to quality and have certain academic or other qualifying credentials. But the E3 is significantly easier and less costly to obtain that the traditional H1B visa for professionals. Unlike other visas, the two-year E3 visa can be renewed indefinitely and includes spouses.

Speaking on Capitol Hill on Wednesday Mr Deasy said that he welcomed the vote in the House but .noted that it now needed to gain approval in the Senate.

“This is an important step for it to have passed the House, but this now goes to the US Senate where it will need to be considered under unanimous consent which will require all 100 Senators to agree for it to be signed into law. I am under no illusions how difficult that may be.”

But officials at the Embassy of Ireland in Washington were tight-lipped, cautioning that the Bill still needed senate approval.

As it stands the Bill only applies to future flows of Irish people rather than undocumented Irish living in the United States.

As part of the negotiations, Ireland has offered to make it easier for US citizens to retire in Ireland. The Department of Justice is looking at options to change the criteria needed for US retirees, including lowering the income threshold needed and allowing retirees to work for up to 20 hours a week.

It is understood that Irish and Australian officials are working closely together on the negotiations as the Bill moves to the Senate phase, including introducing small tweaks to the initial E3 scheme. Crucially for Australia, the proposed legislation says that Irish citizens will be eligible to apply for “not more than a number equal to the difference between 10,500 and the number of applications approved in the prior fiscal year for aliens who are nationals of the Commonwealth of Australia”.