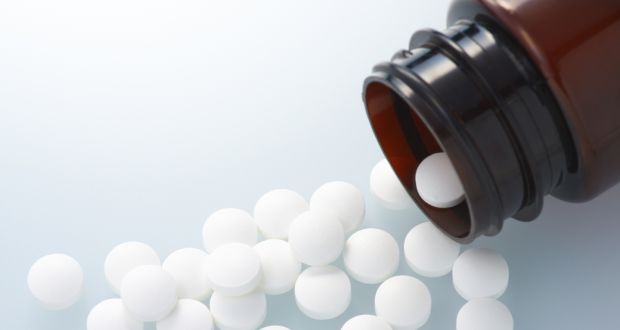 About a billion packs of medicines cross the UK-EU border each year.

Drug companies have urged European Union governments not to close the door to medicines and medical devices approved in the UK in the event of a hard Brexit.

There has been significant concern in Britain over access to medicine supplies in the event of a no-deal crash out of Europe at the end of the month, with some reports of families stockpiling drugs.

However, the European Federation of Pharmaceutical Industries and Associations appears to be more concerned about the flow of medicines the other way – from the UK to Europe.

Stefan Oschmann, chief executive of German pharma company Merck and president of the federation, which represents drug research and development companies, says that, despite the best efforts of pharmaceutical companies, there is “very real concern” for medicine supply across Europe as a result of Brexit.

He noted that more medicines move from the UK to Europe than the other way round.

“The scale of the task should not be underestimated,” Dr. Oschmann said. “Around one billion packs of medicines cross the UK-EU border each year. That’s around 45 million per month from the UK to the EU and 37 million in the other direction.”

Key actions
In order to protect that supply chain, he said there are some key actions that should be taken immediately.

“Where the transfer of medicines testing from the UK to the EU cannot be completed by [the] March 30th deadline, the EU and its member states should allow the use of medicines currently quality tested in the UK,” Dr. Oschmann said.

“Similarly, medical devices used in conjunction with medicines that currently hold UK certified CE marks should be made available to use in the EU in the short term.”

Dr. Oschmann said that, with the lack of clarity about exactly how the EU-UK border will operate, two-thirds of the pharma companies say that border disruption remained their biggest concern.

“As a consequence, steps should be taken to prioritise medicines, active pharmaceutical ingredients, raw and clinical trial materials,” he said.

The European Commission and European Medicines Agency, formerly located in London but now relocating to Amsterdam, have said that any action to resolve the issues is a matter for member states, Dr. Oschmann said. However, different countries were taking different approaches.

“It is our belief that action at the EU level is the simplest and most consistent route to secure the necessary temporary flexibility on behalf of the member states in the best interests of patients and public health.”

He referred to recent action to address issues in the event of a no-deal Brexit in areas such as fisheries, transport and financial services but said that more needed to be done to protect public health and the supply of medicines to patients.

“For most sectors, the issues around Brexit are economic but medicines are different, Dr. Oschmann said, given “the medicines we make improve the quality of life [and] often save the lives of patients in the UK and across Europe”.