about 5 hours ago
Dominic Coyle 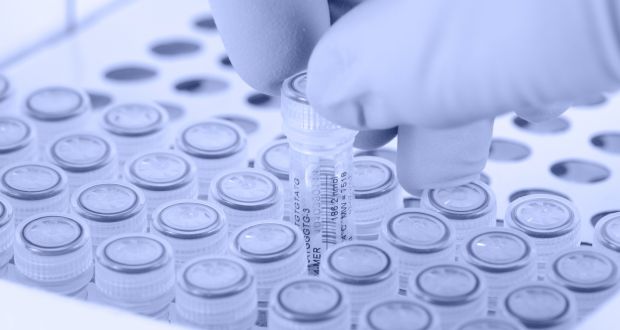 Avectas’s technology allows cells to be taken from people, often critically ill, and returned to them after they have been genetically engineered to address their illness.

Serial entrepreneur Séamus Mulligan has led a $20 million (€18.3 million) fundraising in an Irish company that hopes to revolutionise the treatment of cancers.

It is the latest development by a businessman who has made his name with companies in this area – drug delivery.

Avectas is looking to capitalise on the move to personalised medicine. Its technology allows cells to be taken from people, who are often critically ill and returned to them after they have been genetically engineered to address their illness. Gene therapy and cell engineering are at the cutting edge of drug development, especially in relation to cancer treatment.

The company’s Solupore technology makes the cells extracted from a patient temporarily permeable, allowing for the introduction of edited DNA material. Avectas’s key selling point is that its technology is more gentle to cells, making them more effective when returned to the patient.

“We have now validated that our technology confers benefits to cells engineered using our technology over alternatives,” said company co-founder and chief executive Michael Maguire, “and they relate to how potent and fit the engineered cells are when they go back in the body and how they work there.”

Data gathered over the past year showed that cells adapted with Solupore engaged earlier with target cells than competitors and were less likely to trigger a negative reaction, the company said.

“At a time when there are now more than 1,000 clinical trials in gene and cell therapy, a portion of which involve engineered cells, the need has never been greater for solutions. So we have had to accelerate our activity to meet that need,” Dr Maguire said.

Mr Mulligan is a veteran of the drug-delivery business. Having been a significant figure at Elan, once Ireland’s largest indigenous pharma group, he subsequently built up and sold two businesses – Azur Pharma, which was acquired by US group Jazz Pharma in a $500 million all-share deal, and Adapt Pharma, the maker of Narcan nasal spray that is used to revive victims of opioid overdose, which was sold for up to $735 million to Emergent Biosolutions.

Mr Mulligan is already the largest shareholder in Avectas, having led a $10 million investment round for the business last year with Eunan Maguire and David Brabazon, both of whom also worked at Elan and were senior executives alongside Mr Mulligan at both Azur and Adapt Pharma.

Mr Maguire and Mr Brabazon have both increased their investment in the latest funding round. The other investors are Mary Martin, another Elan veteran, and Barry Leonard. Dr Martin is Avectas chairwoman while Mr Leonard was a founding director at the company.

Dr Maguire said the new funding was a “very strong endorsement of our progress since last year”. It will allow the company to add up to 10 people to its existing 29-strong workforce, most of them in later-stage business development and regulatory roles as the company seeks to license its technology to “top-tier” gene therapy companies.

He expects the latest investment, which brings to about $40 million the money put into the company to date, to see it through to commercial operation.

“Our phone has begun to ring,” said Dr Maguire. “You spend a lot of time [in this business] out at meetings and conferences, speaking with people and when you start to get the traction in the other direction and people are reaching out and you are among their solutions, it is good and it gives us something we can work with.”