about 4 hours ago
Dominic Coyle 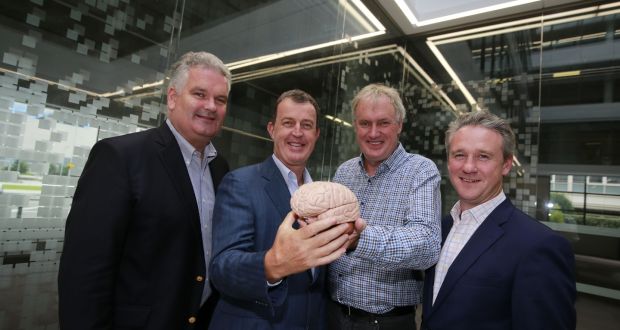 Swiss drug giant Roche has paid €380 million upfront for a four-year old Irish biotech company that is working on treatments to meet clinically unmet need in a wide range of debilitating inflammatory diseases.

Inflazome was founded in 2016 by chief executive Dr Matt Cooper and Trinity immunologist Prof Luke O’Neill. It emerged from research into therapies that block inflammation.

The upfront payment marks a sevenfold return for venture capital investors who have pumped €55 million into the business. These include Ireland’s Fountain Healthcare Partners as well as Forbion, Longitude Capital and Novartis Venture Fund.

But it could yet become a lot more. The Roche deal includes potential additional milestone payments if the Irish company’s drugs meet certain targets. There is no information on the scale of those potential payments.

The deal gives Roche total control of the Irish business and its research. Inflazome currently has two drugs in clinical trials – Inzomelid, for neurodegenerative diseases in the brain, and Somalix, for inflammatory diseases in the rest of the body.

Inflazome is focused on blocking a key danger sensor – NLRP3 – in immune cells, called inflammasomes, which, if overactive, is implicated in a wide range of chronic inflammatory conditions. Its drugs are designed to inhibit the function of this NLRP3.

Speaking recently, Dr Cooper said: “Neurodegenerative diseases such as Parkinson’s, Alzheimer’s and depression are sadly all expanding now with an ageing population.

“There are no curative therapies available so a disease modifying drug would be transformational for millions of people.”

On the Roche deal, Dr Cooper noted the Swiss group’s commitment to addressing a wide rang of medical conditions and said: “We are delighted to close this deal with Roche.

“With Inflazome now part of the Roche organisation, Inflazome’s pioneering molecules are well positioned to be developed quickly and effectively so they can help patients suffering from debilitating diseases.”

Chairman Manus Rogan, who was a founding investor in his role as a managing partner at Irish life sciences VC group, Fountain Healthcare, praised the work of Dr Cooper and his small team.

“The company, which was established just four years ago, developed a portfolio of clinical and pre-clinical molecules with a lean, highly experienced team and limited invested capital.”

The drugs being developed by Inflazome are designed to be given orally rather than intravenously or by injection, making them easier to distribute and administer, if successful.

Both drugs have successfully concluded Phase I clinical trials and are preparing for Phase II trials at present.

Inzomelid was granted orphan drug designation in July. The designation makes it easier for medicines to gain approval to get to market and also extends their patent life. It is granted only to drugs treating such a small patient population that they will never make a profit without government support.