about 23 hours ago
Dominic Coyle 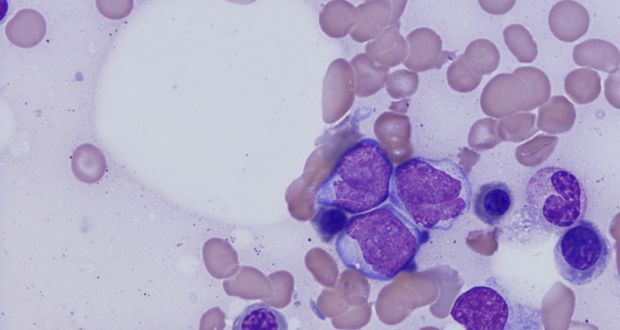 A Dublin company chasing a cure for one of the most common forms of leukaemia has raised €30 million.

Irish life sciences venture capital group Fountain Healthcare Partners has led a €30 million fundraising for a new company hunting for treatment for one of the most common forms of leukaemia.

Priothera, which is based in Dublin, has acquired rights to a drug called mocravimod from Japan’s Kyorin Pharmaceutical for the treatment of acute myeloid leukaemia. The start-up has been established specifically to hunt for cure for cancers of the blood, the bone marrow and lymph nodes.

Three of the key players at Priothera were involved with Inflazome, the Irish inflammatory disease group that was bought last month by Swiss giant Roche in an initial €380 million deal.

Priothera co-founder Dr Florent Gros was a founding investor at Inflazome with Fountain as managing director of Novartis Venture Fund. The other founder of Priothera, Dr. Dhavel Patel, was also an Inflazome board member.

Acute myeloid leukaemia is a cancer that originates in bone marrow before moving into the bloodstream. It can also spread to other parts of the body.

The funding will allow Priothera advance the development of mocravimod, a drug taken orally that activates cell receptors to trigger part of the body’s immune response against acute myeloid leukaemia.

The founders see the drug as a potential best in class therapy for leukaemia patients which currently has a survival rate of less than 30 percent over five years.

Fountain Healthcare, Ireland’s largest life sciences VC investor, has been joined in the fundraising by HealthCap as well as funds managed by Tekla Capital Management and EarlyBird Venture Capital.

Fountain managing partner Dr. Manus Rogan and Dr. Mårten Steen, a partner at HealthCap, Tekla senior vice-president Dr. Henry Skinner and Lionel Carnot, a partner at EarlyBird Venture Capital have all joined the board at Priothera alongside the company founders.

“We are delighted to welcome this terrific syndicate of investors, who share our passion, commitment, and vision for advancing Priothera’s potentially best-in-class new therapy, mocravimod, in patients with acute myeloid leukaemia and other haematologic malignancies,” Dr. Gros said.

He noted that stem cell transplant was currently the only potential cure for patients with acute myeloid leukaemia but at present it has unacceptably high mortality.

“We are excited about mocravimod, which has a unique mechanism of action and clinical proof of concept demonstrating its ability to improve survival outcomes for this devastating disease,” he said.

Dr. Patel said he had high hopes that Priothera can make an impactful difference for leukaemia patients.

Dr. Rogan, who becomes chairman of the business, said: “With their extensive expertise and capabilities, I am confident that Florent and the team are uniquely placed to successfully generate further clinical data to highlight the significant potential of mocravimod.”