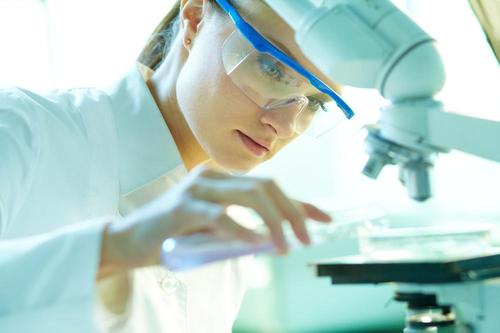 Women with the most common form of breast cancer have been offered new hope of treatment thanks to Irish researchers.

Up to three-quarters of breast cancer patients here are diagnosed with what is known as the hormone receptor-­positive form of the disease - affecting around 2,000 women in Ireland annually.

While existing hormone receptor-targeting therapies, such as tamoxifen, are effective for many patients, some do not respond to the treatment or prove resistant to it if their cancer returns, according to the Irish Cancer Society.

A spokesman said that ultimately almost half of patients receiving hormone treatments experienced a relapse of their disease, and researchers were urgently looking for new treatment options for these patients.

The new findings - published in the leading journal Cancer Research, a journal of the American Association for Cancer Research - follow investigations by the RCSI University of Medicine and Health Sciences, and UCD, who led an international team of colleagues from the Netherlands Cancer Institute and Oxford University, as well as others.

The research team, co-led by Professor Darran O'Connor from RCSI and Professor William Gallagher from UCD, discovered a potential new treatment approach for patients who are resistant to hormone therapy.

The study found that a protein, called USP11, plays a central role in the growth of hormone receptor-positive breast cancer cells, and that targeting this protein may provide a new form of treatment to help stop this growth in a way never attempted ­previously.

Although studies remain at an early stage, it is hoped this finding could eventually help prompt a significant step forward in treatment options for patients for whom existing hormone therapy has proven unsuccessful.

The study is a result of the Irish Cancer Society-funded Breast-Predict progra­m­me, which brought experts from around the country together.

Some of the programme's activities are continuing as part of the ground-breaking Precision Oncology Ireland consortium of five universities, eight companies, and six charities, including the Irish Cancer Society, which aims to develop new diagnostics and therapeutics for personalised cancer treatment.

Prof O'Connor said: "The study represents an early indication of a possible new treatment strategy for a group of breast cancer patients whose cancer comes back, but has acquired changes that mean traditional anti-hormone therapy will no longer work."

"We found the protein USP11 can regulate hormone-driven breast cancer and with further research may represent a point of therapeutic intervention."

Breast cancer is the most common cancer among women in Ireland.