A Special Report is content that is edited and produced by the Special Reports unit within The Irish Times Content Studio. It is supported by advertisers who may contribute to the report, but who do not have editorial control. 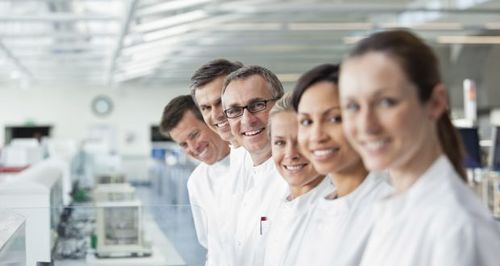 Ireland has a strong competitive advantage in the field of artificial intelligence, with some of Europe’s leading AI minds living and working in Ireland.

The Irish Government allocated close to €900 million to R&D activities in 2020 with several sectors driving Ireland’s R&D presence forward including medtech, pharma, and technology. With Ireland’s tax incentives once again an international talking point, there are many other factors that make Ireland an appealing base for R&D.

Within the manufacturing sector, there is a huge drive towards Industry 4.0, this broadly being a move to improve automation and intelligence within manufacturing processes. Further areas of focus are around sustainability and improved energy efficiency.

The two areas likely to dominate research agendas for the foreseeable future are climate and health. But what are the challenges Irish companies face and what supports are available?

“These new areas of focus are essential from a climate change perspective and I believe that if our incentives were improved further to specifically encourage and accelerate the level of R&D in these areas, it would be a major boost to our pillar sectors,” Mark O’Sullivan, partner at BDO says.

Ireland has a strong competitive advantage in the field of artificial intelligence, with some of Europe’s leading AI minds living and working in Ireland, including Prof Declan O’Sullivan of Adapt; Prof Noel O’Connor, chief executive of Insight; and Prof Barry O’Sullivan of UCC who recently announced a new spinout company from UCC.

“The company, Stimul.ai has developed technology that has the potential to radically support hospitals and reduce waiting list times,” Derek Collins, director of industry and academic engagement at Huawei says.

“The work being done by universities across the country and supported by Science Foundation Ireland research centres like Insight, Adapt, Lero and Connect is truly ground-breaking and we will see more great breakthroughs in areas like the future of networks, AI, machine learning and medtech to name but a few. These SFI centres are developing the next generation of highly skilled R&D talent. Recently we hired an alumna of Adapt, Daria Dzendzik who will be working in the field of natural language processing,” he says.

Alison Campbell, director of Knowledge Transfer Ireland agrees, saying, “the role of artificial intelligence and machine learning in business is gathering momentum as companies investigate how it can work to their benefit to help deliver competitive edge. Eco and environmental research is becoming more prevalent as the issue of climate action becomes ever more pressing. Virtual and augmented reality is also gaining traction, and Ireland’s reputation for innovative technology in general will likely remain to the fore, particularly in terms of software development and in the field of medical devices and life sciences.”

Speaking of the importance of talent in attracting inward investment, Campbell says, “Ireland offers an attractive talent proposition to companies of all sizes across all sectors. With almost half the population having attained a higher education degree and a 13 per cent increase in student enrolments over the past six years, Ireland has an excellent and flexible talent pool. There is a broad range of supports available to Irish business seeking to bring top talent in-house from across the third level.”

Apart from the very stable environment in Ireland, a diverse workforce and a highly educated demographic with unique skills, there are many other factors that make Ireland an appealing base for R&D.

“There is a natural ethos of wanting to do the right thing, wanting to collaborate and learn new ways of doing things. People are naturally attracted to working with other people, and a sense of belonging or unity to strive within science to a new level that humankind can benefit from, I feel is more prevalent in the Irish research and academic ecosystem.

“For example, the Science Foundation Ireland Centres covering all life sciences from neuro to nutrition research is a phenomenal structure of talent and programmes in order to put Ireland front and centre on the world’s innovative stage. There is a great hunger to work on breakthrough research,” Collins says.

Ireland is an island nation with fertile soils, green fields and a high level of food provenance. Some of its farmers are using robots to milk their herd, drones to herd their sheep, and artificial intelligence for soil analysis. “To say we’d see something like this a decade ago, someone would have looked at you twice. But the leaps and bounds a sector like farming has made into the world of technology and its contribution to the development of the knowledge economy demonstrates that if an industry is willing to invest and innovate then it can completely transform the way in which it operates,” Collins says

The ongoing pandemic has forced companies to think differently and innovate, and while Ireland has steadily been growing as a knowledge economy over the past number of years, O’Sullivan suggests this has accelerated over the past 12-18 months. “Recent announcements by bodies such as the IDA are generally talking about expansion plans in the area of R&D or innovation which highlights the acceleration in this area,” he says.

“R&D is at the core of innovation and Ireland is already well on its way to becoming a knowledge economy. How can we get there faster? By playing to our strengths; investing in education, supporting R&D, investing in transformative technologies and creating a positive environment for innovation and collaboration,” Collins concludes.