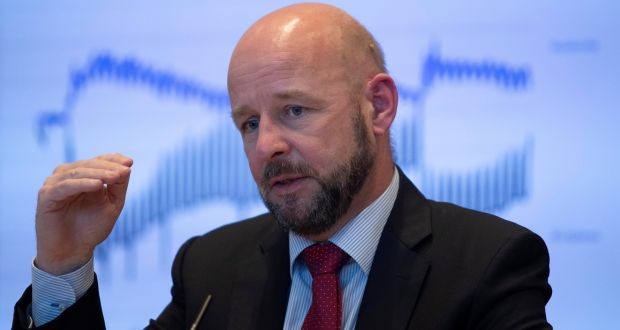 Professor Philip Nolan was chairman of Nphet’s epidemiological modelling advisory group, which has played a critical role in controlling the spread of Covid-19 in Ireland. Photograph: Colin Keegan/Collins Dublin

Prof Philip Nolan, currently a member of the National Public Health Emergency Team (Nphet), is to become director general of Science Foundation Ireland (SFI), the State agency responsible for investment in research in the areas of science, technology, engineering and mathematics.

The SFI board has announced Prof Nolan, a former president of Maynooth University, is to take up the appointment in January and replace Prof Mark Ferguson, who has held the position for 10 years.

At the onset of the Covid-19 pandemic, Prof Nolan was asked by the Government to chair Nphet’s epidemiological modelling advisory group, which has played a critical role in controlling the spread of Covid-19 in Ireland, and in analysing case patterns. He became a familiar figure at daily HSE briefings.

SFI chairman Prof Peter Clinch said Prof Nolan was a distinguished researcher with “a proven record of achievement as a leader in research and innovation” as director of the Conway Institute of Biomolecular and Biomedical Research in University College Dublin; deputy president of UCD, and president of Maynooth University.

His role “will be to build on this success to position Ireland as a global innovation leader for the advancement of Ireland’s economy and society”, he added.

Prof Nolan said it was a privilege to be appointed head of SFI. It had led the transformation of Ireland’s research landscape, sponsoring outstanding research with global impact, he added.

“The opportunity now is to build on this success, focusing on excellence in research and its translation into tangible benefits for our economy and society, to secure our position as a global innovation leader in science and engineering, and to ensure Ireland plays its part in addressing the complex challenges that face our society.”

Prof Clinch also paid tribute to Prof Ferguson’s contribution. “Over his 10-year term, Mark has led SFI out of the economic crisis and to great heights. He has been a strong advocate for the importance of investment in science as a key building block of Ireland’s economy, and its importance for addressing major societal challenges such as Covid-19 and climate change.”

His commitment to excellence, “combined with his innovative approach to funding programmes”, has greatly advanced SFI’s and Ireland’s international reputation in research and the funding of science, he said.

During his tenure, Prof Ferguson oversaw development of a network of SFI research centres, involving teams of scientists from different third-level institutions, specialising in areas of strategic importance to Ireland. The approach also helped attract internationally renowned scientists to the Republic, though some academics criticised it, as they believed basic research was losing out on the allocations of funding.