Posted on 2 months ago by Laurentina Kennedy 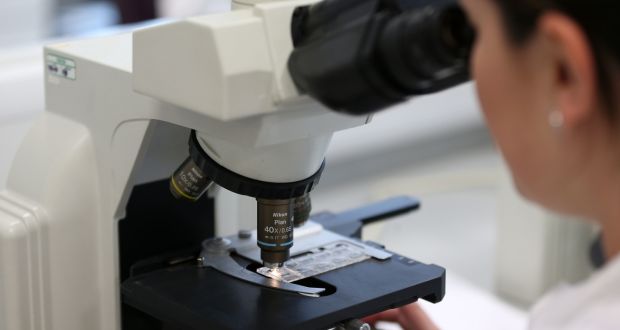 While the cost of anti-cancer drugs is high and rising, these costs are not related to the benefits provided in terms of overall survival, the study published in the Irish Journal of Medical Science says. Photograph: Lynne Cameron/PA Wire

Just one in five new cancer treatments recently licensed in the United States are being made available to Irish patients, a new study shows.

Delays in reimbursing new treatments for patients may affect the course of their illness, the authors suggest.

While the cost of anti-cancer drugs is high and rising, these costs are not related to the benefits provided in terms of overall survival, the study published in the Irish Journal of Medical Science says.

“Patients often experience significant delays to reimbursement of novel treatment options in the Republic of Ireland and the UK following marketing authorisation in the US and Europe which may be clinically significant,” they note.

The study tracked the progress of 134 new treatments for cancer through the regulatory system from licensing by the Food and Drug Administration (FDA) in the US between 2015 and 2021 to approval by the European Medicines Agency (EMA) and reimbursement in Ireland and the UK.

Approval by the FDA “does not necessarily result” in public reimbursement in the UK or Ireland, the authors report. The UK funded only 45 per cent of therapies recently licensed by the FDA and Ireland funded just 21 per cent, it was found.

However, fewer than half of treatments approved by the FDA had demonstrated a proven benefit, measured by an increase in overall survival of patients in clinical trials.

Treatments were more likely to be approved in Europe if they could show an increase in overall survival, but these treatments were not reimbursed more quickly by either Ireland or the UK.

The average time from approval of a drug by the EMA to reimbursement in Ireland was 14 months but some take up to five years to reach the patient, according to lead author Dr David O’Reilly.

Dr O’Reilly said some Irish patients were not getting access to the cancer treatments their doctors would like them to have.

The system for evaluating and reimbursing new medicines needed to be made faster so that patients did not “miss out”, he said.