Posted on 9 months ago by Laurentina Kennedy

Grange Castle site will supply Crohn’s therapy to patients in Europe, the US and Canada 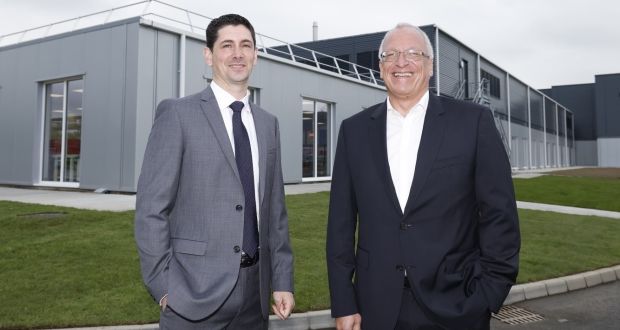 The €36.4 million investment is being opened formally today and is the latest addition to Takeda’s Irish operations.

The company, which has been in Ireland for 25 years, also has a tablet plant in Bray, and two other facilities on the site at Grange Castle, one that was the company’s first active pharmaceutical ingredient (API) manufacturing base outside Japan and a biologics plant that opened in 2019 to make the company’s oncology drug, Ninlaro.

Takeda, which also has an office in Dublin’s Baggot Street, employs about 900 people in the State. These include 100 at the new stem cell manufacturing unit. The company said the number working in the new unit was expected to double over the next three years as Takeda secures expected US approval for the therapy it is making at the site. It is already approved for treatment in Europe and Japan.

Grange Castle will be the global manufacturer of the gastrointestinal therapy, Alofisel, and it is the only treatment that will come from the site.

The stem cells come from the fatty tissue of healthy donors. They will be purified, engineered and grown at the site before being used to treat patients suffering from a side effect of Crohn’s disease, called complex perianal fistulas.

These are wounds, or tunnels, that form through organ walls and the skin around the anus area and can be very uncomfortable and difficult to treat.

Tánaiste Leo Varadkar said Takeda was at the forefront of cutting-edge research and innovation “and the company’s continued investment here underlines Ireland’s position as a global hub for the biopharma sector. The treatments developed at this centre will make a real difference to patients’ lives.”

“Cell therapy facilities require a specialised set of skills and the talent base in Ireland is as important as other frame conditions like proximity to partners and an international airport,” he said.

Paul Keogh, who is the head of the Grange Castle site,

Paul Keogh, Grange Castle site head, said the very short, 72-hour shelf life of the therapy that will be produced at the new unit “means we are closer to the patient than we have ever been and this brings a great sense of pride to our team”.

Martin Shanahan, the chief executive of IDA Ireland, said the new plant was “a huge vote of confidence in Ireland and our strong value proposition”.

“ Cell therapy is a core pillar in the emerging field of advanced therapy medicinal products, widely considered as the next generation of pharmaceutical therapies,” he said. “These products require highly innovative approaches to manufacturing and offer unparalleled opportunities in the treatment of disease. This facility adds to Ireland’s reputation as a global location of excellence for next-generation biopharmaceutical products.”

The new plant has been designed with sustainability as a focus, Mr Wozniewski said. It will use 100 per cent green power and recycle all its waste. “It is most likely be the first [building] to meet the European criteria for zero emissions,” he said, adding that Takeda aims to be fully carbon neutral by 2040.